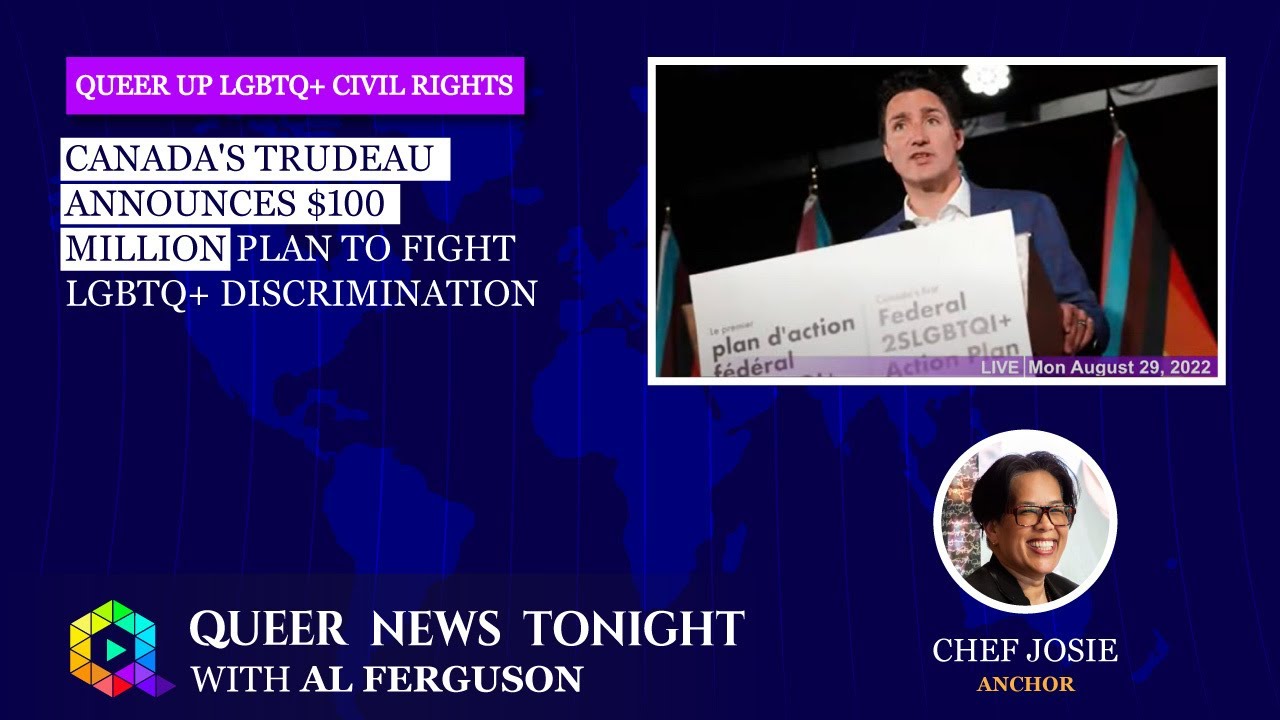 In a riveting announcement, Canadian Prime Minister Justin Trudeau announced the launch of a $100 million plan to combat discrimination and increase inclusion for LGBTQ+ Canadians. He made the announcement on Sunday alongside Women and Gender Quality and Youth Minister Marci Ien. Minister Ien said the majority of the money would go toward community organizations. 8 million dollars would go towards data collection, another 5.6 million dollars would be spent on building an awareness campaign and 11.7 million dollars would go toward the 2SLGBTQ+ Secretariat. Some of the other topics discussed were further action on banning conversion therapy, more direct support needed for LGBTQ+ groups, and anti-discriminatory policies in the military. Canada has some of the best LGBTQ policies in the world and was even ranked first in the Gay Travel Index chart in 2021.