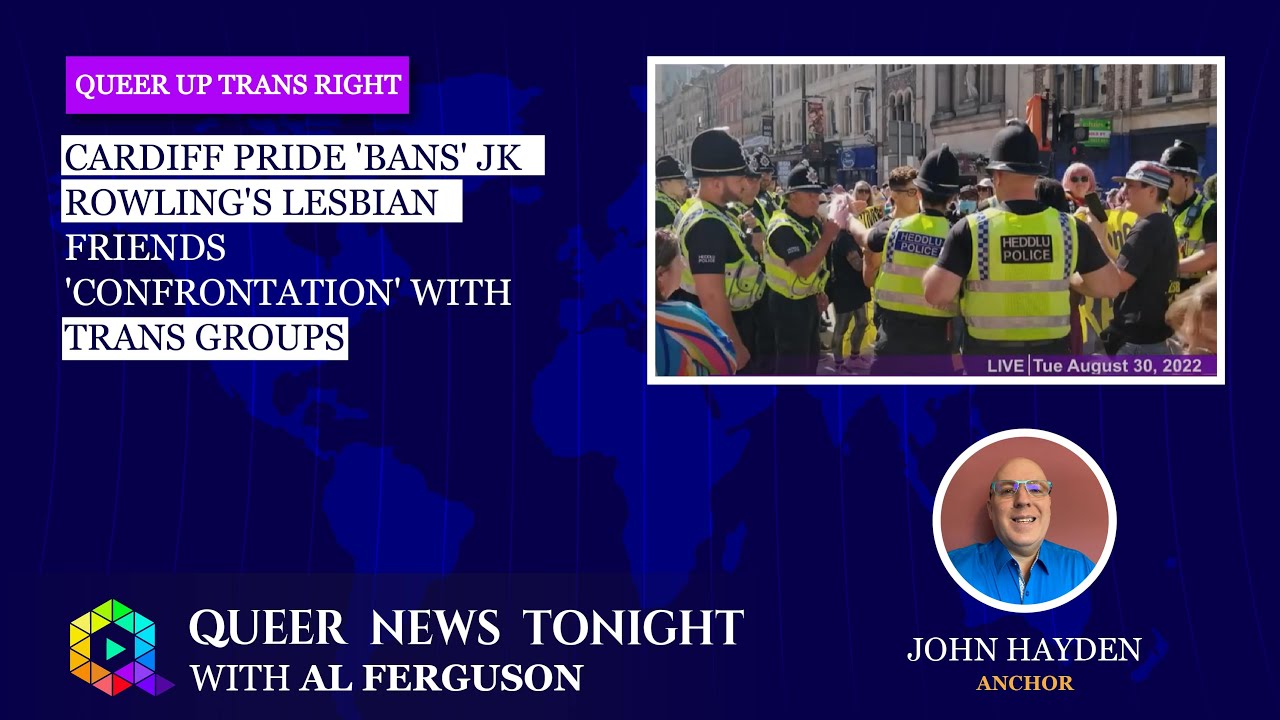 TERF activist Angela Wild, from the anti-transgenderism group, Get The L Out, and other lesbian activists confronted trans activists during the Cardiff gay pride on Saturday. The parade, organized by Pride Cymru, a volunteer-led charity, took place on the City Hill Lawns and saw thousands of people from the community, as well as allies, participate. The anti-transgender group disrupted the event by going to the front of the parade with signboards saying ‘trans activism erases lesbians’ and ‘lesbians don’t like penises’. The group in question included Ms. Wild and another one of J.K Rowling’s friends, Lianne Timmermand. They initially blocked the march for about three minutes, after which police had to ask the group to move to the back of the parade