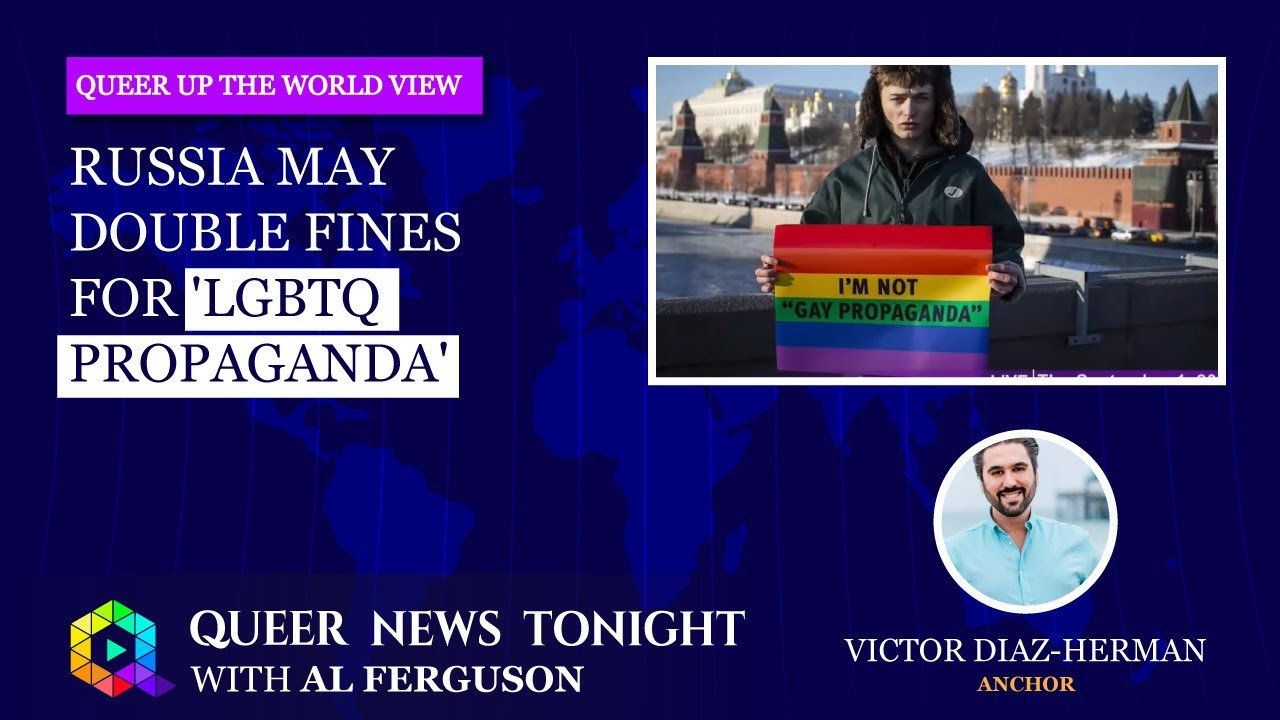 Russia is considering modifying their 2013 'Gay Propaganda' law to double fines for exposing children to any pro-LGBTQ+ information, images, videos, or topics. Under proposed legislation, the penalty for promoting "non-traditional sexual relations" to children would be doubled to 2 million roubles ($33,000) for entities, with the fine increasing to up to 5 million roubles if the offence took place online or in the media. Individuals could be fined up to 400,000 roubles (about $6,600), and foreigners would fade deportation. Lawmaker Alexander Khinshtein is one of the lawmakers pushing to extend the law to cover pro-LGBTQ+ content presented to adults as well. Recently he said, "Currently, liability only applies to LGBT propaganda among children. My colleagues on the committee and I would like to extend it to any propaganda of non-traditional sexual relations, regardless of age."