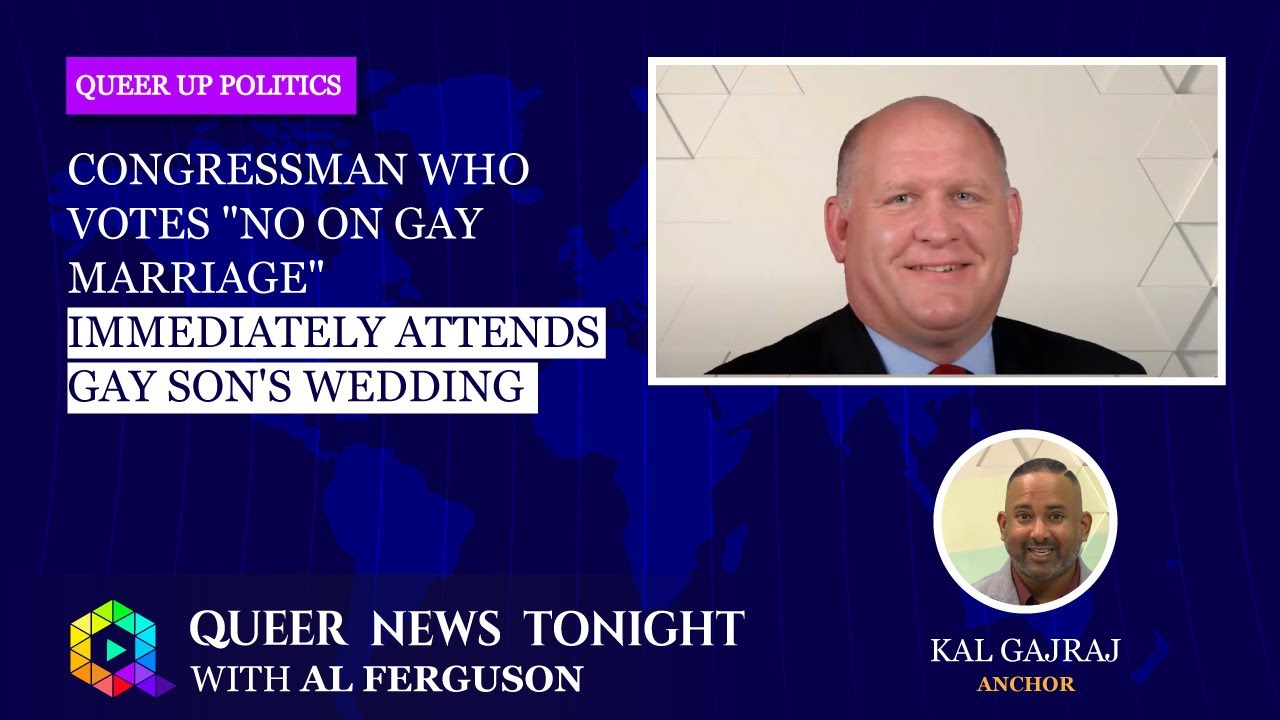 Last Tuesday, US Rep. Glenn Thompson from Pennsylvania voted against the Respect for Marriage Act. If it passes the Senate, the bill will require the federal government to recognize same-sex and interracial marriages performed in other states, even if they are not legal in the state where the individuals live. On Friday of last week, just three days after his vote, he attended the wedding of his son and his husband. When asked by the Centre Daily the day after the vote why he voted against it, he said, â€œThis bill was nothing more than an election-year messaging stunt for Democrats in Congress who have failed to address historic inflation and out of control prices at gas pumps and grocery stores." Thompson, despite having a gay son, currently has a zero rating on the HRC's Congressional Scorecard and voted against the Equality Act in 2020.