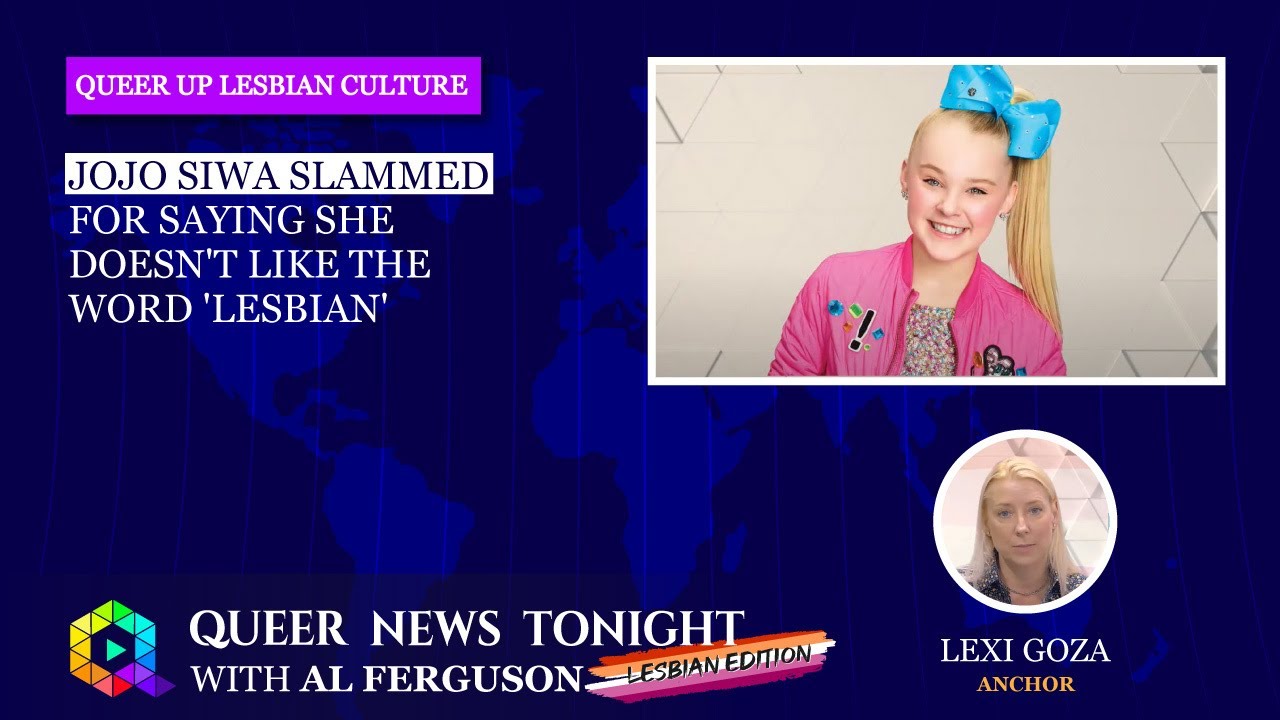 Many fans are upset that queer pop singer JoJo Siwa has stated that she doesn't like the word 'Lesbian'. She has stated that she loves dressing girly, and to her the word 'lesbian' is often associated with masculine women or tomboys. Recently she said that she just prefers to call herself gay saying of the term lesbian, "I don't like the word itself. It's just like a lot. But I mean, at the end of the day, that's what I am. ... It's like the word moist. It's just like ... ugh!" Many fans and former fans have reacted to that statement on the internet, slamming her for showing disgust for the word and saying she should have just stated she identified as gay or queer and left it at that.